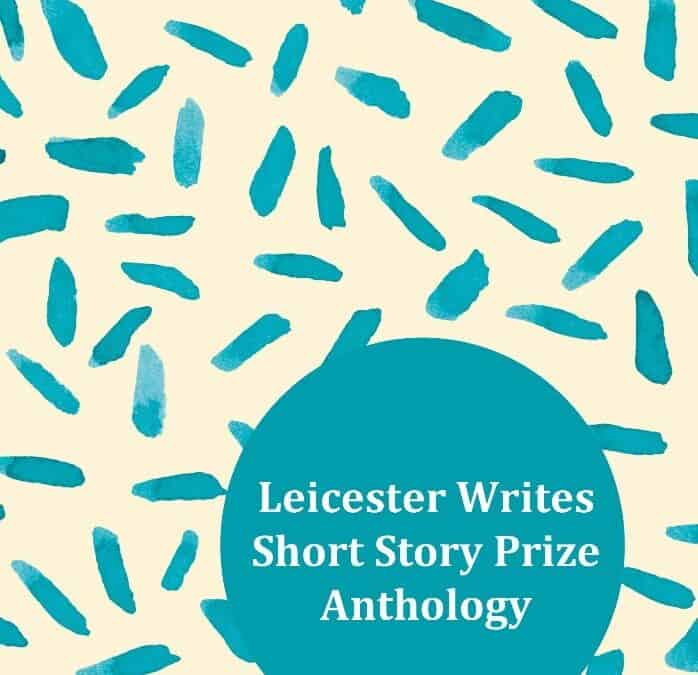 Five narrow openings Farzhana had carefully left when pulling the blue threads apart to make
the embroidered mesh on her burkha. They are part of a glistening white, criss-crossed
pattern of tiny apertures, better to shield her from the outside world. Or so she had been
taught. Farzhana tilts her head gently to one side to shift the blue cloth and aligns the silkgrey windows with those opposite. Her gaze pushes through the series of half-open doors
towards a freedom denied, blocked by wooden fretwork. In prison; she is in a blue and white
embroidered jail with a dissected view, first past the silken mesh covering her face then onto
the wall and the windows where the world awaits. Hunched on a low stool, she imagines
another life, catches but a fleeting glimpse then adjusts her body in a shiver of resignation.
Her hands are clasped under the folds of fine cloth, broken body shrouded beneath billows of
blue.
Five narrow windows before her, aligned as tall guards, covered vainly by broken trellis that
allow splintered shafts of daylight to filter through. From the square below arise voices,
indistinct. They are men’s utterings. Cries and shouts taint the city air with haggling, disputes
and greetings. Farzhana observes the dust specks afloat on narrow sun rays. The particles
attempt to infiltrate cracks in the worn wood floor. Dancing flecks disappear into the
surrounding gloom to settle at random in dim corners and crevices of the room. Some creep
into the soles of her feet, mount the soft flesh insidiously, fill her limbs with stillness, infinite
sparks of death immobilising her whole body.
Five rays slant across the floor planks to settle on the unique part of her body visible from
under the blue cloth. Her immobile feet are encased in velvet slippers gleaming with golddust swaying to an invisible melody she cannot join in with. A sunshine jail, she reflects. The
sun itself keeps me held down, pins my feet to this dusty floor where I wait. The daily game
as she awaits her husband’s shrill voice force an angry way up the narrow winding staircase
behind her, to pierce the open doorway. Waiting. Always waiting.
Five long years since they came to the city during which her husband’s drug addiction had
dragged them both from one tenement to another, from poverty to squalor. In this old
building, she at least found a reminder of her home in the Afghan countryside. A flat roof
where she, as a woman, is forbidden to venture, not even during the hottest summer nights,
but to where she creeps in silent velvet slippers when she can go unseen. It is reserved for the
men, who sit or lie in dark coolness together, relegating women to the empty room below
where Farzhana now sits still and chilled in the early spring afternoon. Leaden tears slip in
molten silence down her sunken cheeks. They drop beneath the burkha from bowed head
onto clasped hands. Farzhana feels them warm her skin for an infinite flash of time, then
fade, just as her memories have melted away into an unattainable distance. Short flashes, too
painful and too joyous to bear at the same time. She holds her body stiff as a corpse, watches
2
the jail pattern of sunrays shift across her slippers in time with the advancing afternoon,
punctuated only with traders’ cries five floors below.
Five, she had been five when her husband’s father had come to the house and she was
summoned to sit with them, her mother clutching the small girl’s body. Her mother who
trembled beneath the burkha, who remembered her time as a teacher before the Taliban. This
disempowered woman who wondered how her university-educated husband could have
become so entrenched in religion to come to this, to sell their only daughter.
My son, Farzhana’s future father-in-law asked of her own father, my son will need a
wife. He is working in Kabul and is earning good money. He can give a large payment. When
can the girl be ready for him?
When she is ten. But I will need a large payment to keep her for your son and another
when she goes. I have to keep her for five years. That’s a long time. Her father licked his lips.

Religion hadn’t obscured the desire for gain. Farzhana was sold for money and goats. The
money dwindled faster than expected and the goats died. A word spoken was a word given,
her father said, despite her now being a burden on his ever-growing and poverty-stricken
family.
Five years passed as Farzhana’s childhood was transformed into preparation for her female
duties. Play with other children around the canals on hot summer days and games of hide and
seek made way to chores. Then they arrived unannounced one early morning, stating the
marriage was imminent and Farzhana should be prepared. The son was on his way from
Kabul but could only stay a few days. Farzhana’s mother attempted a feeble protest, but in
vain, worn out from repeated child-bearing. Five more undernourished children, one for each
year that had passed. The family had grown and Farzhana was a worthy income. The second
and final payment of the agreement was due and welcomed in a dire time of need as she was
taken to her in-law’s house for the marriage ceremony. Farzhana was ten years old and traded
for the opium that the father-in-law produced, despite the appearance of foreign soldiers who
offered seed to plant food crops in exchange.
The Taliban paid well for poppy, so Farzhana’s
father was content.
Five starless nights as her older husband laid rough hands on her body despite her screams
which went unheeded by the family-in-law. The marriage had to be consummated. Then the
husband returned to Kabul for business leaving her will broken and malleable in the hands of
the in-laws, who used the silent child as a servant. He returned sporadically and after two
miscarriages Farzhana gave birth to their first child at the age of fifteen. The pregnancy and
delivery had been an ordeal but she had felt joy, a renewed purpose in her shattered life,
vowing never to allow her own daughter to be married so young.
3
Five years later and she had five children. Girls. Her husband returned at the same time each
year in summer to enlarge his family but no son appeared. One day, he arrived to collect her
from the farm. We are going to Kabul, he said. The children will go to school, Farzhana
exclaimed with relief. An opportunity to save her daughters from becoming child brides. Her
husband stared at her with incredulity and contempt. What education do girls need? Better to
marry them off as soon as possible. My parents will take care of them and arrange for
husbands. You haven’t produced a son, so are of no use here. You are coming with me. I
need you for my business. He turned his face away, not looking her in the eyes. Farzhana
wept.
Five long years without her children and here she crouches five stories up, beneath the roof
where men sit and talk on hot summer nights, above the market place ringing with their
strident voices, the braying of donkeys and bleating of sheep. Farzhana listens down the
stairwell and hears the voices, quieter now. Outside, spring warmth is reviving blood and
street agitation. Men shout, vendors sell wares, arguments and squabbles fill the window
frames before her.
Five years of shame, but nothing compared to her husband’s disgust and hatred for himself.
He needs heroin. Always has. Addiction and a downward spiral of debts had brought them to
this miserable tenement. He sells his wife to other men in order to feed his habit. He despises
her, but despises himself more. He beats her like a dog.
Farzhana knows the signs, the lull between sentences spoken by the men downstairs. He will
climb the stairs and call her to the downstairs room where she will take off her burkha in
front of those who are buying her body. She will be dressed in enticing western clothes, tight
jeans and top, display her flesh to drivelling dogs.
Farzhana waits. Thinks of the letter she dictated to a literate friend, a chance
encounter when shopping in the market. Come to our charity, the woman had said. We can
help you.
No you can’t, Farzhana replied. But help my daughters. Take them away from this
fate. The girls would have the chance of freedom and education in an orphanage. Farzhana
made arrangements. The girls were to be collected from the village after the charity’s
payment to her parents-in-law and her letter would be read to them.
The dust dances around the blue cloth as Farzhana hears her husband’s steps. He
enters. Get down here, now. I’ve been calling for you to come. I have clients for you. He has
had his shoot and slurs over her seated body, hand raised, ready to fall on her blue cloth face.
Farzhana slips the gun from under her burkha and fires into his exposed ribs.
4
Five shots slam into her husband’s body. He crumples in slow motion, clouds of dust rise in a
wild dance around the body as he smacks the floor with a dull thud. Farzhana watches
mesmerised by the blood gushing from his chest. She hears the clients’ shouts from
downstairs and raises the gun to her forehead, her gaze piercing the windows through the
silky-white criss-cross of mesh. The sixth shot rings out. A flawless, circular hole with singed
edges appears in the blue cloth, fills the room with the blood red of her freedom.